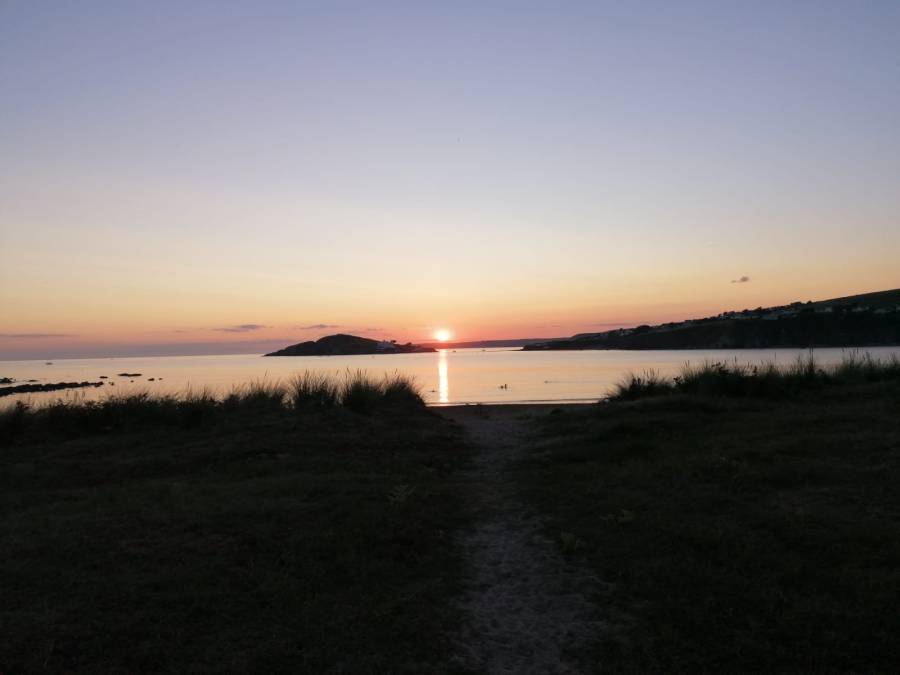 Vanlife day 2 at Bantham. Up bright and early for a dog walk.

We learnt so much last night, having lived so long in Cornwall we are well used to the marked nativism that is the signature disrespect held for all that were not born in the Duchy. Devon takes a gentler approach. Visitors are generally known as DFL ( Down from London) London being a general term for visitors from elsewhere.

For many years like so many Cornish, Devon and West Country people we became economic and professional migrants and lived and worked in London. On our regular returns to the West Country we were certainly described as DFL when in actual fact we were FH R ( From Here Really) Last night we mingled with many who were DFL and with whom we had much in common but when discussing that we were FHR needed more clarification. JUFP did the job! Just up from Plymouth.

So much easier to be a dog, they just needed to pee and sniff each others nether regions to realise that they and the DFL dogs had in fact met many times in the glorious parks of South London.

Not for them the curious Social dancing of humans just a simple. sniff and all the social niceties are observed in an instant. Not that that didnt exhaust them. Barely able to keep their eyes open last night. Today is very much a van day after the early morning walk and a breakfast until noon.

Taking it in turns to be alert.

More Bantham blogging tomorrow, you can never have too much of a good thing.