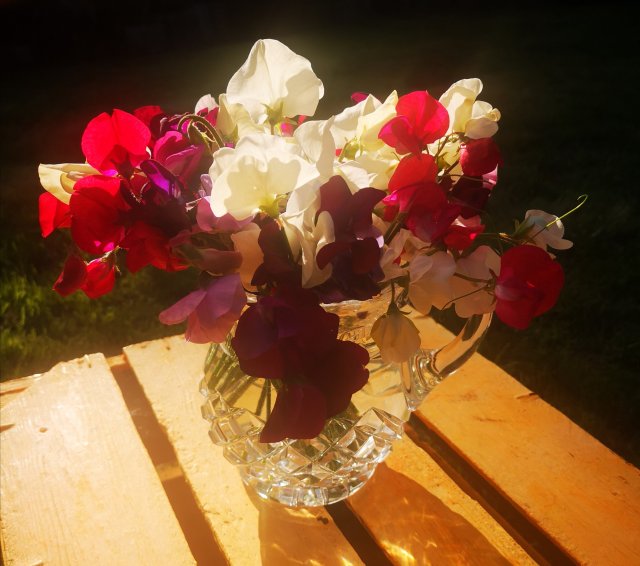 Sweet Peas, such a thoughtful gift from a neighbour who we’ve come to know better during the pandemic. Gil and his wife Jen live just down the hill from our renovated Cornish Hedge. Gil is also a South Londoner, by birth rather than adoption like us! I found the perfect vase @theoldmortuary for a gift from a native Londoner.

I also tried another ‘flat-lay’ with the Sweet Peas, the orange painted 🍊 box and inadvertently my foot.

Gifted sweet peas are a happy reminder of Hannah’s mum who always gifted us large bunches of them and my grandfather who always delivered home grown flowers. With him Sweet Peas were always safer than his dahlia deliveries which always came with a side serving of earwigs that nipped small fingers.

Another gift this week of gooseberries has inspired another ‘Flat Lay’, thanks to Mel and Ed for the goozgog inspiration to make Gooseberry Drizzle Cake and Gooseberry Fool. 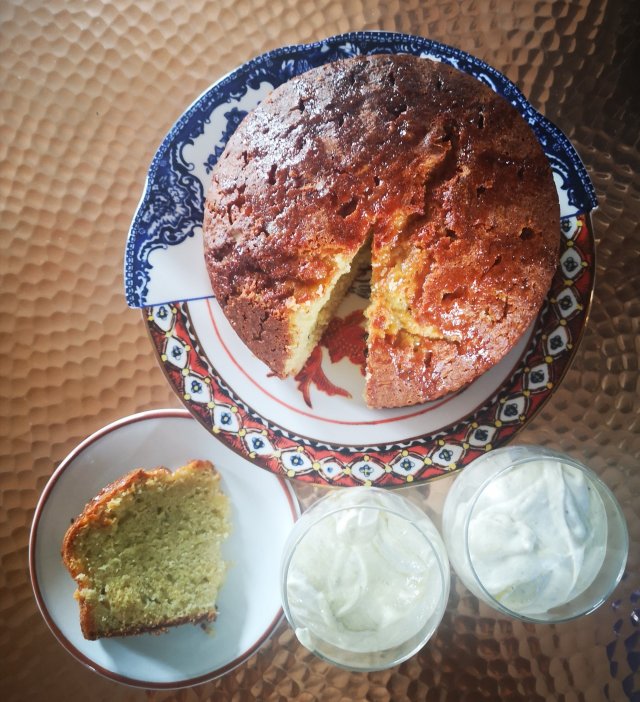 Making hay while the sun shines.

Rural chic is having a moment, probably inspired by any number of city dwellers who have managed to endure lockdown in the countryside.
https://www.theguardian.com/fashion/2020/jul/03/david-beckham-leads-the-way-as-men-flock-to-cottagecore-look

The nature reserve near us has cut and laid the hay ready for collecting. As a backdrop for fashion photography this location would be perfect.

It is a fabulous image of rural charm, as is the Guardian article about the decorative Mr Beckham.

My recollection of Hay making in my youth is that it is a dirty, dusty job that has been romanticised way beyond its reality.

Literally or idiomatically, making hay while the sun shines was picturesque this morning.

To make the most of the idiomatic moment I can throw in two pictures of fluffy dogs making hay while the sun shines, one of them hay coloured. 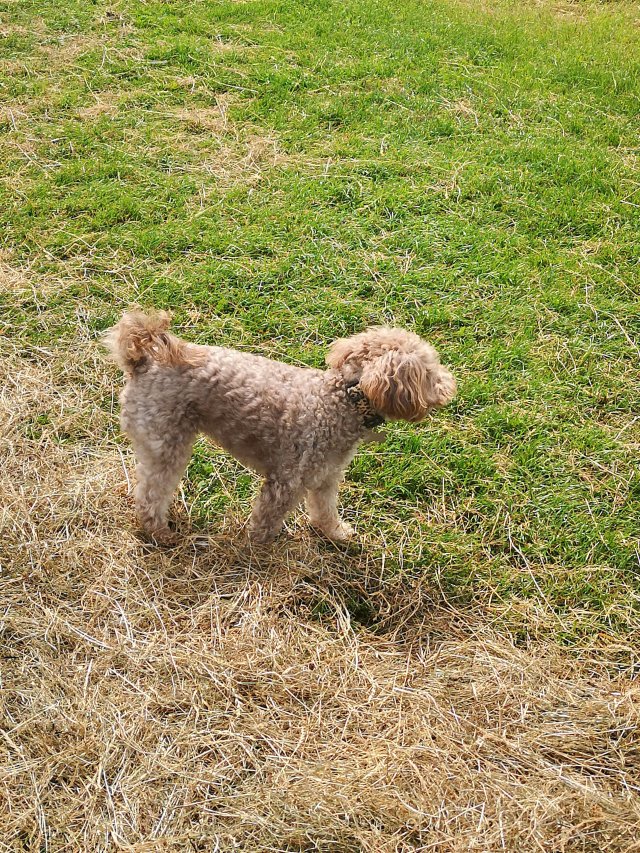 Reflections on the first beer and other unplanned activities post lockdown.

Today’s walk was a familiar one to us, and to regular blog readers. 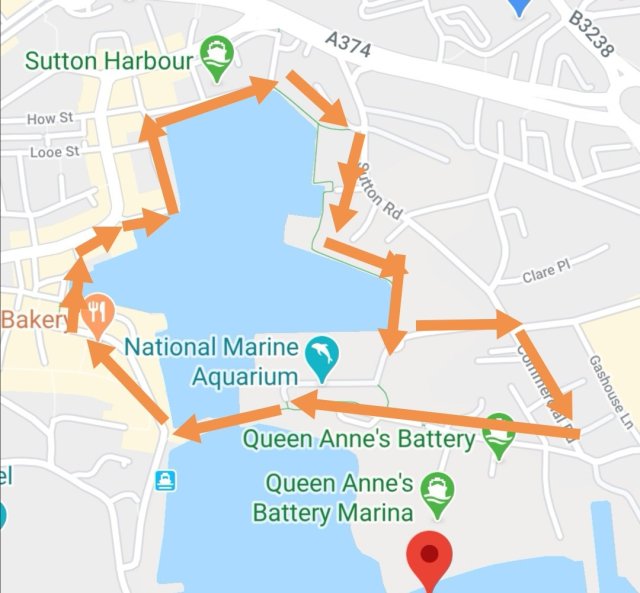 At weekends parking is free, in places, on Commercial Street. Giving the perfect opportunity for a circular walk. We do it so many times , and in particular in lockdown that it often gets a blog mention. Today, beyond the walk, we had no plans, we had VV with us so it was pretty much serendipity predicated by the whims of a 20 month old.

As usual, with a weekend visit to Plymouth, the first good coffee of the weekend was purchased at Hutong Cafe. Currently based at The Lord High Admiral.
https://www.facebook.com/TheHutongCafe/
https://m.facebook.com/thelhaplymouth/

Energised by a smooth Oat Milk Flat White we set off from Commercial Street.

Normally it is a two coffee walk with a call in at Jacka Bakery for coffee number two.
https://m.facebook.com/JackaBakery/

Today though we walked closer to the harbour of the Barbican.

Serendipity showed us an empty table outside the Maritime Inn. Time for the first beer since Christmas.
https://m.facebook.com/pages/category/Pub/Barbican-Maritime-Inn-1375656692678932/

It was all the better for being unplanned. We carried on our walk, essential dog walking training is taking place.

Then serendipity struck again, Suphas, a Street Food Cafe also had a seat available out in the sun. Suphas has been on our radar for a while but time and a pandemic have made this our first chance for a visit.

Our drinks, snacks and the environment were vivid in every way. 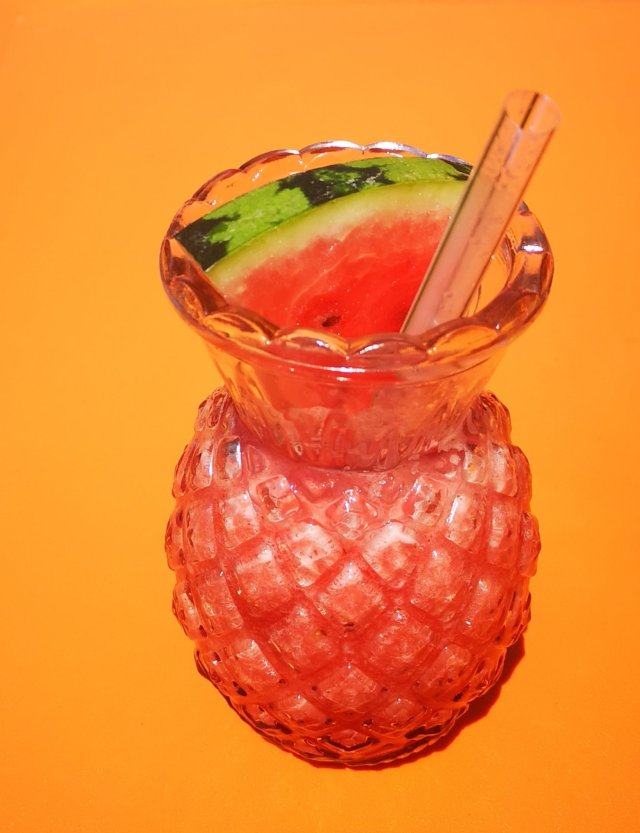 In addition to these visually vivid comestibles we also ordered Spicy Fruit Salad . As vivid in flavour as these pictures are vivid.

Back from our Lockdown release gallivanting, we have socialised,done a little shopping, a lot of garden maintenance and a lot of driving. We caught up with the really important things in life, friends and family.

Throughout the pandemic restrictions we have used the term ‘ Keeping ourselves nice’ meaning that we’ve stuck to and are mindful of the rules.

The term is one I heard in my childhood and the simple explanation of the term is – Is this person sexually continent. It was used in hushed tones by the older generation when discussing unmarried people and in less hushed tones when discussing their friends and neighbours who were not ‘ Keeping themselves nice’

I don’t even know if it was a common phrase, although I once heard a comedian saying his mum had commented that she hoped ” He was keeping himself nice”

Our slightly tongue in cheek use of the term is more about being socially continent and mindful of restrictions and other people’s needs.

‘ Keeping ourselves nice’ has become a way of life.

PP#111 is very brief. All @theoldmortuary has done recently is paint fences black. There is less to write about when painting black fences than there is when renovating a Cornish Hedge.

North Londoners joke that there is nothing worth crossing the river for. Suggesting that South London has nothing of interest.

The most common reply is that South London is greener.

This is particularly true in our tiny patch of garden now we’ve painted the fences black. 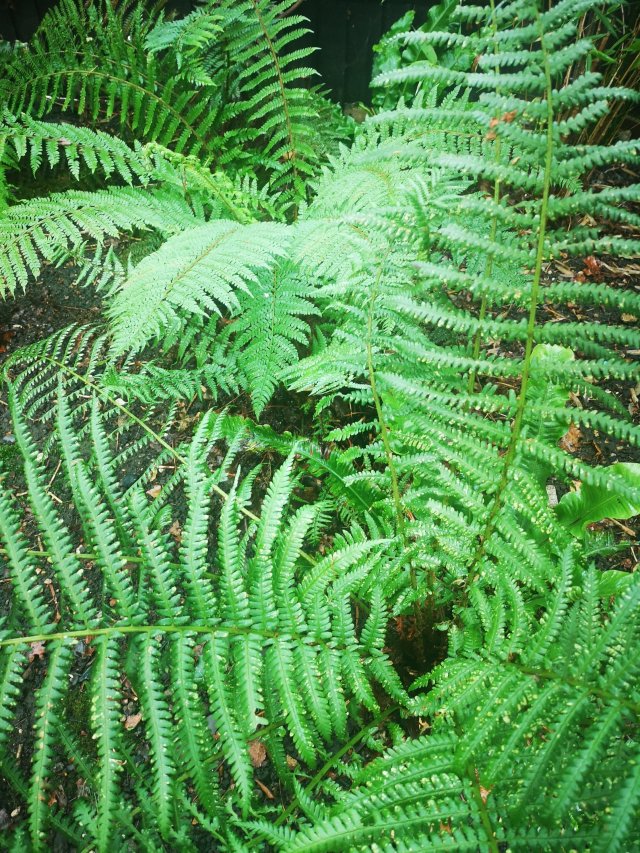 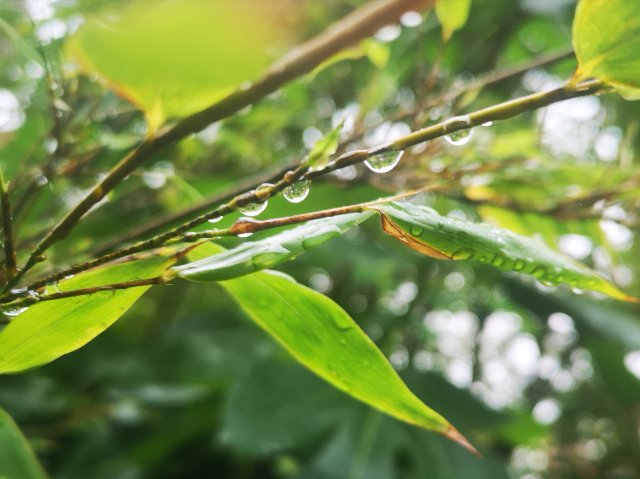 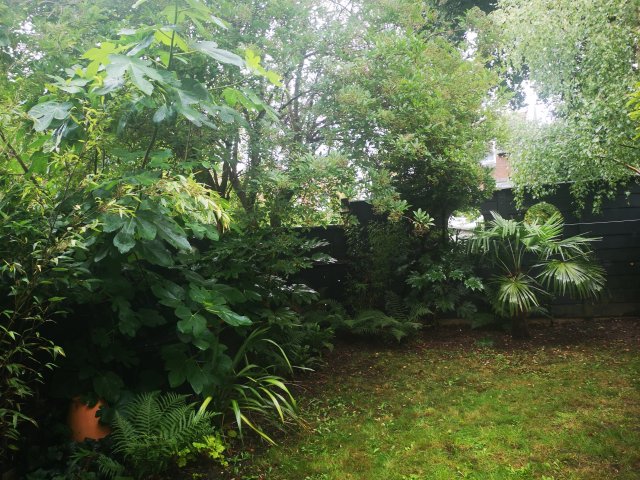 Now the fences are back to black it’s all looking pretty lush. Not only that but I haven’t has to look too far for some stencil graffiti and Palimpsest with a green theme.

Should you want to read about the North/South debate may I suggest this link- https://www.luxurytraveladvisor.com/destinations/north-or-south-london-which-better

Written by a proper writer rather than a mere scribbler. South London, it’s greener.

Yesterdays blog was about finding friends in adverse circumstances. Rays of sunshine in dark times. Today is just about Rays of Sunshine. 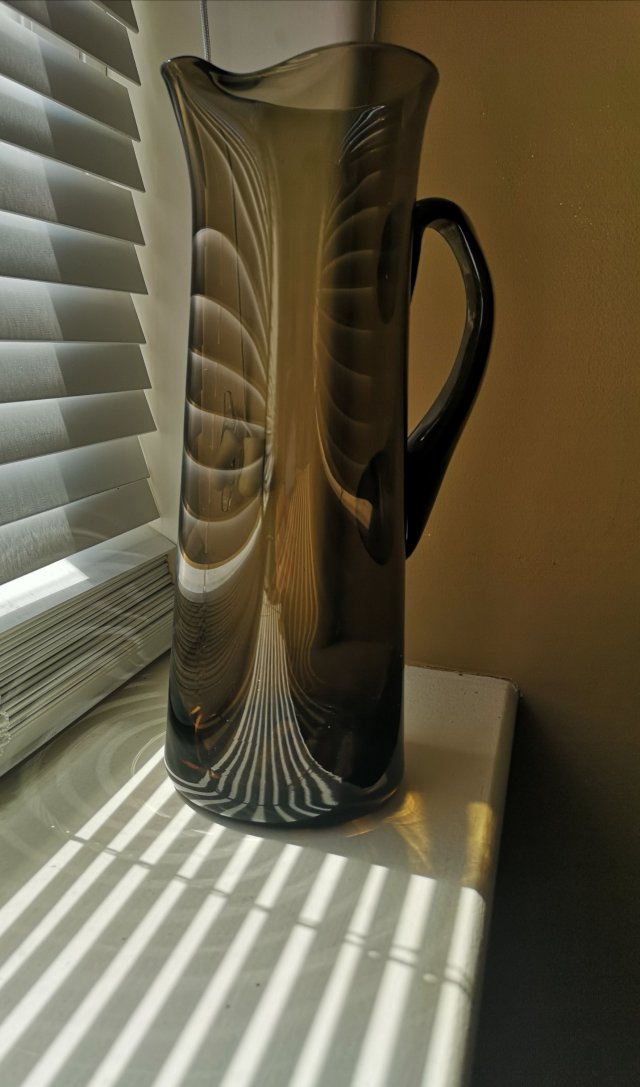 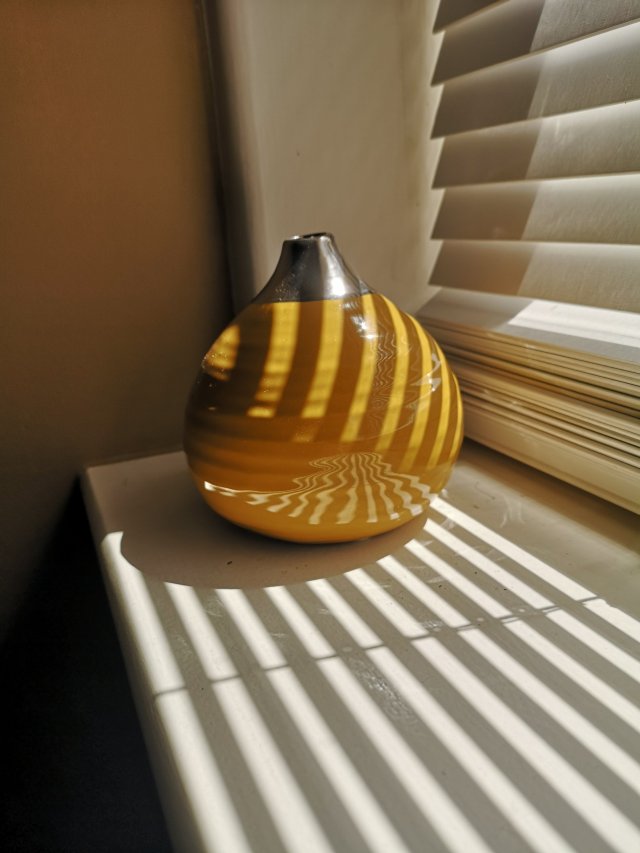 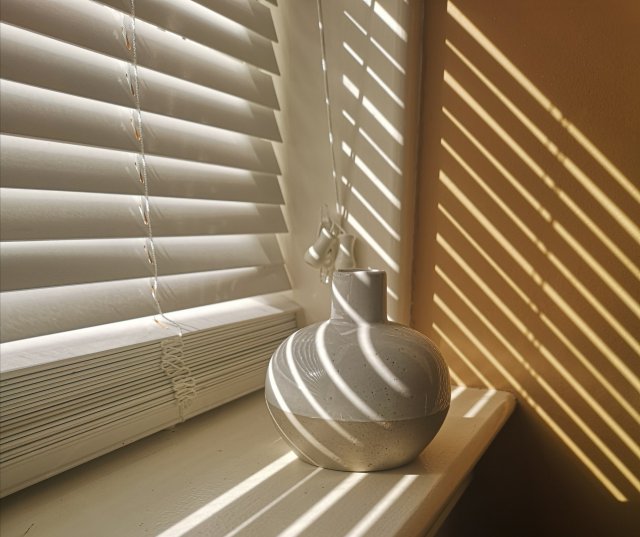 A little bit of sunshine in a London street.

Some blogs just write themselves. I warned that blogs written this week would probably be composed sitting, in comfort, on a sofa whilst watching recordings of Glastonbury Festivals of the past.

Three pieces of serendipity have mapped this blog.

2. It follows PP#104 which is about the word desolate which is officially inclined towards woeful.

3. Mark Radcliffe, the DJ presenter of the BBC’s archival coverage for Glastonbury 2020 introduced me to a new word. 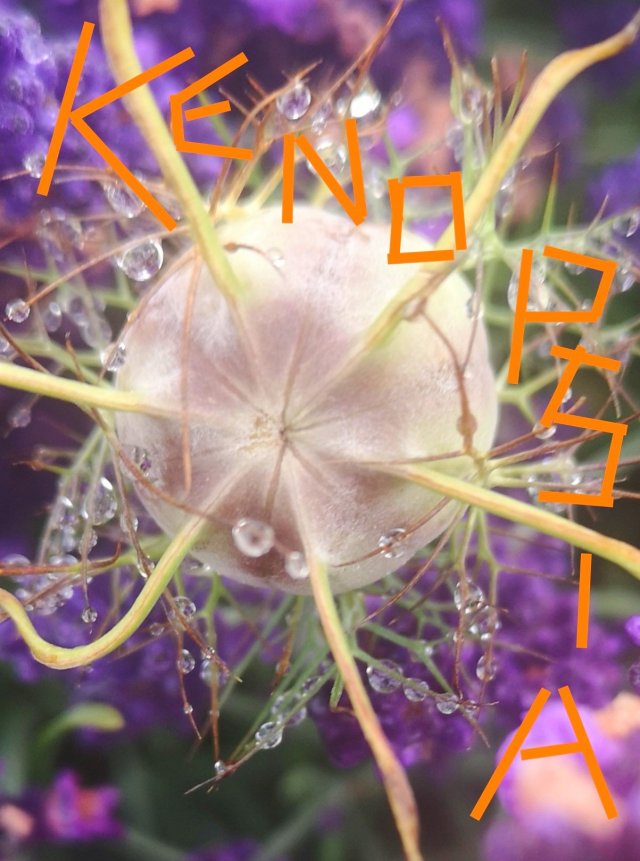 Kenopsia- The forlorn atmosphere of a place that is normally bustling with people but is now abandoned.

One word that completely describes Worthy Farm in June 2020.
https://glastonburyfestivals.co.uk/

Researching Kenopsia took me to this article from the Independent Newspaper.
https://www.independent.co.uk/arts-entertainment/books/features/the-top-ten-obscure-sorrows-10506971.html

Follow the link for the full ten. I’ve cherry- picked the ones that resonate with @theoldmortuary.

The Independent took their ten from the early workings of a book that is soon to be published.

The Dictionary of Obscure Sorrows.
https://www.dictionaryofobscuresorrows.com/

I’ve delved into the same material and come up with some words that slip perfectly into future Ponders. For now I present my current woeful favourites.

Anticipointment. The realisation that the excitement and expectation of an event are greater than the reality.

This word is a true slap-down for an optomist, she wrote, pessimistically.

Monachopsis. Subtle maladaption. The sense that you are not quite in the right place.

Like a seal mum who lumbers onto land to endure the discomfort of birth and its after-effects in an environment that makes her clumsy and not quite in control.

Knowing that she will become graceful and confident again when she and her pup can glide back into the sea.

I can only add Zenosine+P

Where exactly did Pandemic Ponderings #1 to #105 go.

Thanks to the BBC and Mark Radcliffe for fueling this blog with a new word used in their Glastonbury coverage.

The research for the blog has taken me to some intriguing places and gave me the perfect ending to blog PP#105.

Diligence and the internet led me to someone called the ‘ Disappointed Optimist’. Fact checking for accuracy got me this far.

This weekend is normally one to enjoy the pleasures of live music on the TV. An oxymoron if ever there was one. In 2020 Glastonbury was cancelled because of Coronovirus restrictions so anyone with a love of contemporary music festivals was obliged to get their Glasto fix via the BBC. I’ve not managed to get tickets ever in the modern iteration of Glastonbury so this is my normal level of attendance.

The benefit of this curated trawl through the archives is that, so far, I’ve not experienced a set that hasn’t brought pleasure.

David Bowie’s 2000 set is a current stand out , for all the expected reasons and also because it was never before broadcast in full. It also features an Under Pressure duet with Gail Ann Dorsey his bassist for more than 20 years. 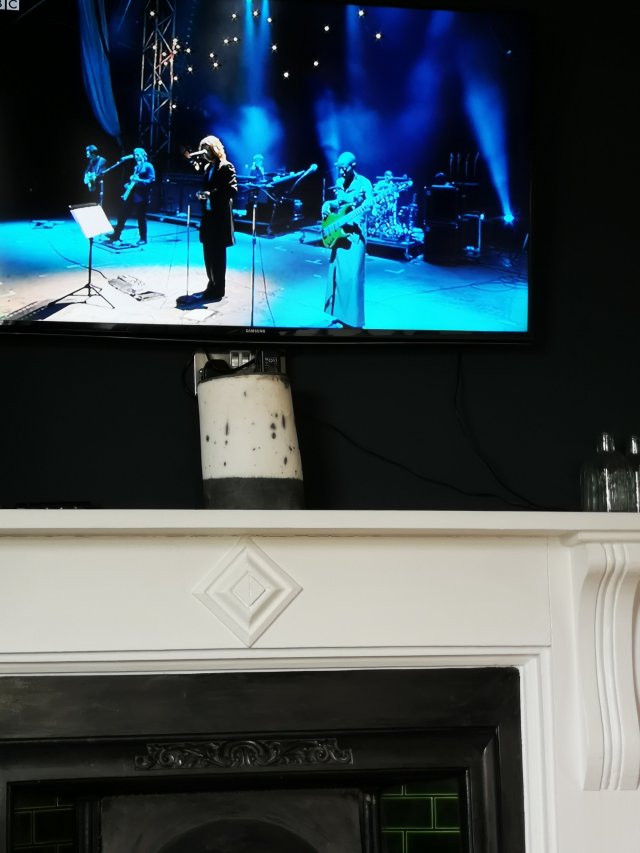 A woman who is every level of cool that I am not.

Because much of Glastonbury is filmed on very familiar stages, that change little over the years, it is easy to forget that these are archived performances not fresh recordings from this year. It’s only when performers light up a cigarette on stage that there is a sudden realisation that time has passed and that even rock and roll must abide by some rules.

Glastonbury will be available on iPlayer in the UK for the next month. I may have to do an awful lot of jobs, and blogging, in front of the TV. 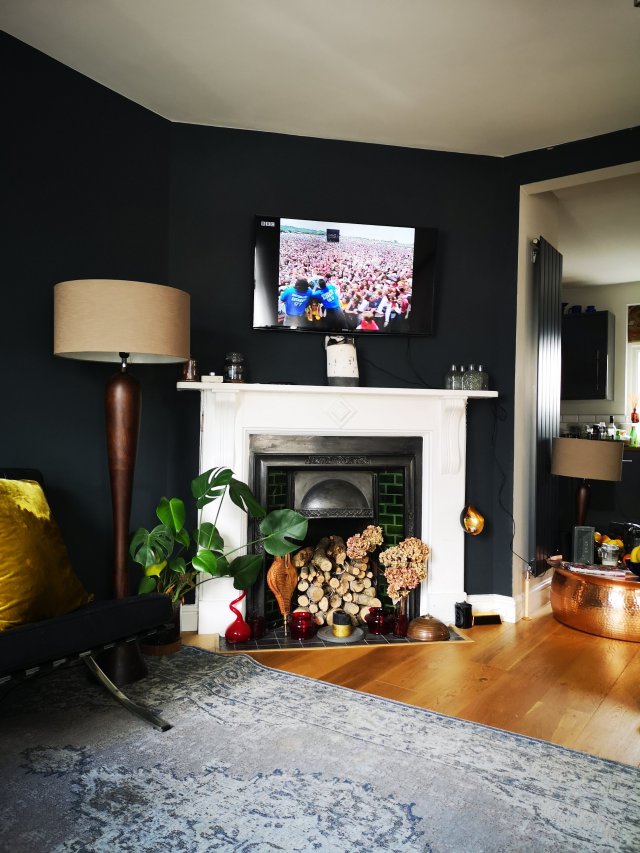 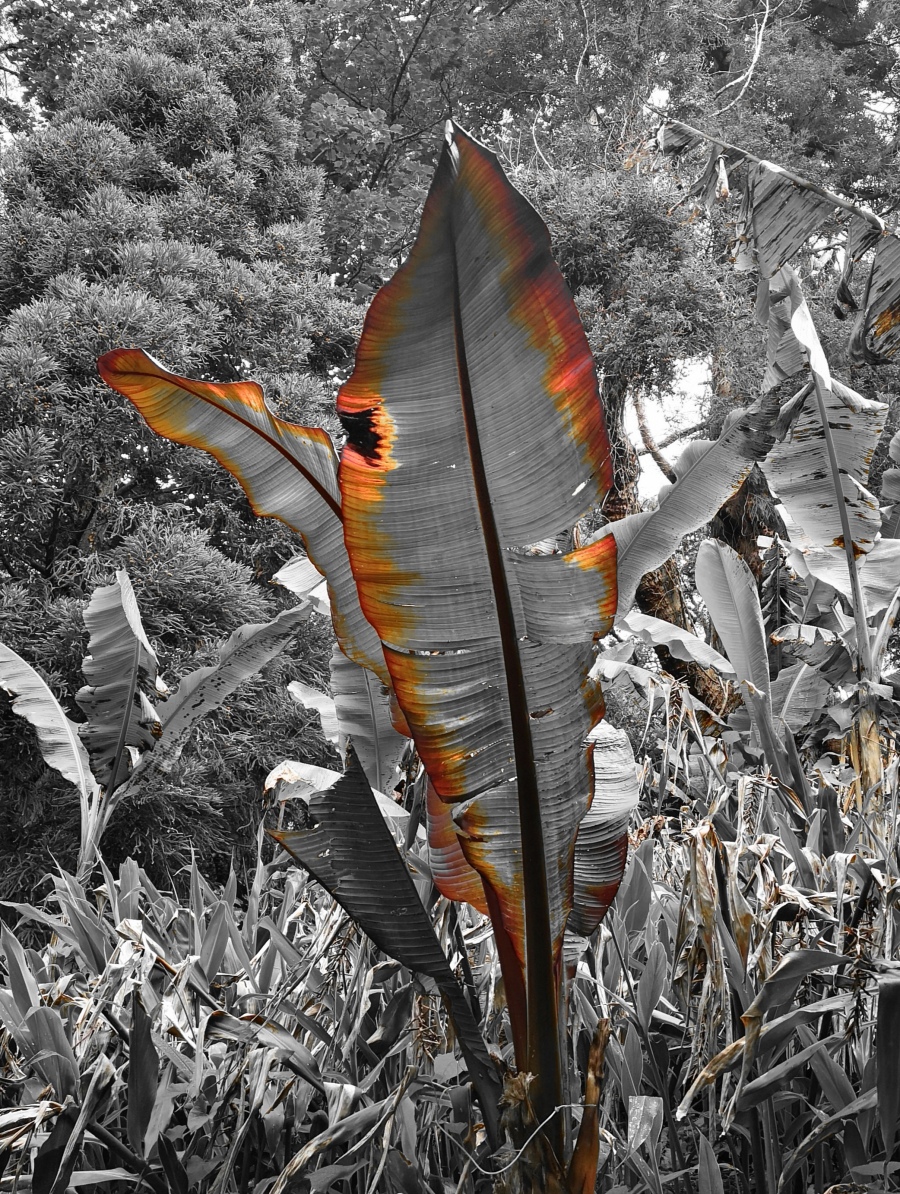 Saturdays newspaper devoted the magazine to many sports personalities and other types of celebrities talking about their ‘Lost Summer’.

I realise I have not been prepping myself towards something momentous, that Covid -19 has taken away from me, and of course I’m not in any way famous but I don’t see mine or anyone elses missed moments as Lost

Life has just taken it’s own path as it always does, regardless of Pandemics. The next three months in the Northern hemisphere are Summer 2020 and obviously Winter 2020 in the Southern hemisphere. Not what anyone anticipated but valuable just the same.

The pictures illustrating this blog are definitely a gain. Covid-19 and its restrictions have given us many reasons to ‘ Seize the Day’ not too far from home. Summer Gains 2020. All pictures taken at The Lost Gardens of Heligan, during its Social Distancing phase. Calmer, quieter, a little wilder and still lovely.
https://www.heligan.com/explore/gardens/jungle

Restricted opening to comply with social distancing but gorgeous in its own way.

@theoldmortuary had a bit of a Sunday snooze .Having a guest author for PP#100 was a great chance to step back and have a think. As many parts of the world ease out of Lockdown it could have been a good place to stop but the virus is still out there with no sign of a vaccine. The pandemic is not over so neither is the pondering.

Better later than never this little blog is about a sailor from World War 1. The sea being a bit of a theme on the cusp of PP#100
I found a plaque recording his story at the Lost Gardens of Heligan today. Charles Dyer was one of twenty gardeners who had worked at Heligan before WW1 who ultimately lost their lives as a consequence of that conflict.

Charles’ story is a little more complicated than many. This plaque tells his story.

In 1918 Charles was hospitalised at Chatham Naval Dockyard. One day he put on his uniform and walked out of the Dockyard never to be seen again. He was listed as a deserter and his family were shamed and deprived of a pension.

2 years later a body was found in a wood close to the dockyard. It was identified as Charles by his wedding ring. He was taken off the deserters list, his family granted a pension and his body was returned to Mevagissy Cemetery and given a Commonwealth War Grave headstone.

I’ve aged some photographs I took today to illustrate this desolate tale.