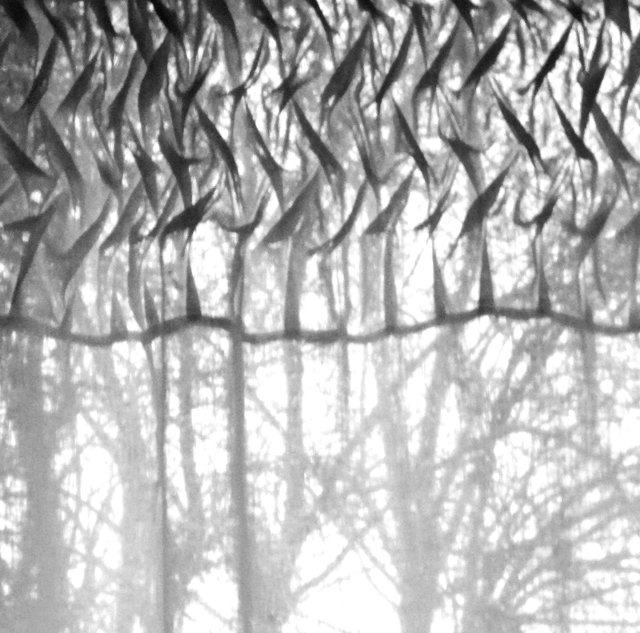 This area of London was countryside until 1856 when the railway station opened. The abstract photograph above is of the sky above the council estate which was built on the original coal yard and sidings for steam trains. They brought prosperity to the area and crowds to the nearby Crystal Palace. The posh houses that were built on this part of Alexandra Drive would have been directly in line of the steam and soot of shunting steam trains starting and ending their working days. The corrosive effect explains why some of them have been rendered.

As a sideline Alexandra Drive was named for Princess Alexandra, the long suffering wife of Edward The Caresser. Edward VII, 10 years on the throne, a lifetime of sexual incontinence.

Before the railways not much is written about this location. Part of the Great North Wood, this particular area is where Gipsies lived and worked. Samuel Pepys mentions in his diary that his wife, Elizabeth came here to visit them.

Another sideline, Samuel also suffered from sexual incontinence and married Elizabeth when she was 14. 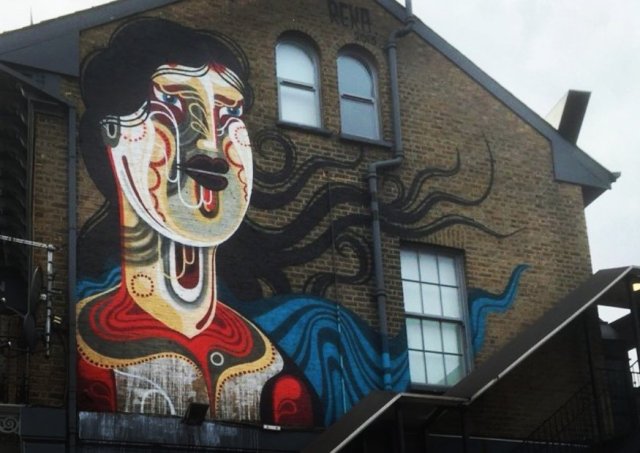 Street Art on The Paxton

There was a plague pit in the triangular park opposite the Paxton pub at the bottom of Gipsy Hill, also the location, occasionally of contemporary short-term Gipsy encampments.

Post Victorian development of Gipsy Hill has expanded as a South London suburb. It was substantially bombed during WW2 and had a nuclear bunker built in the Cold War.

Most importantly, Gipsy Hill has Fanny, the Gipsy Hill Cat. Often on duty at the train station and always available on her Twitter account. Fanny unites this suburb with her cuddles and affection on Platform 1.

Residents crowd funded when she had a mishap. The Friends of Gipsy Hill are building her a workplace garden. She also has a loving home and family when not on-duty.

Today she is the face of Suburban Solstice.