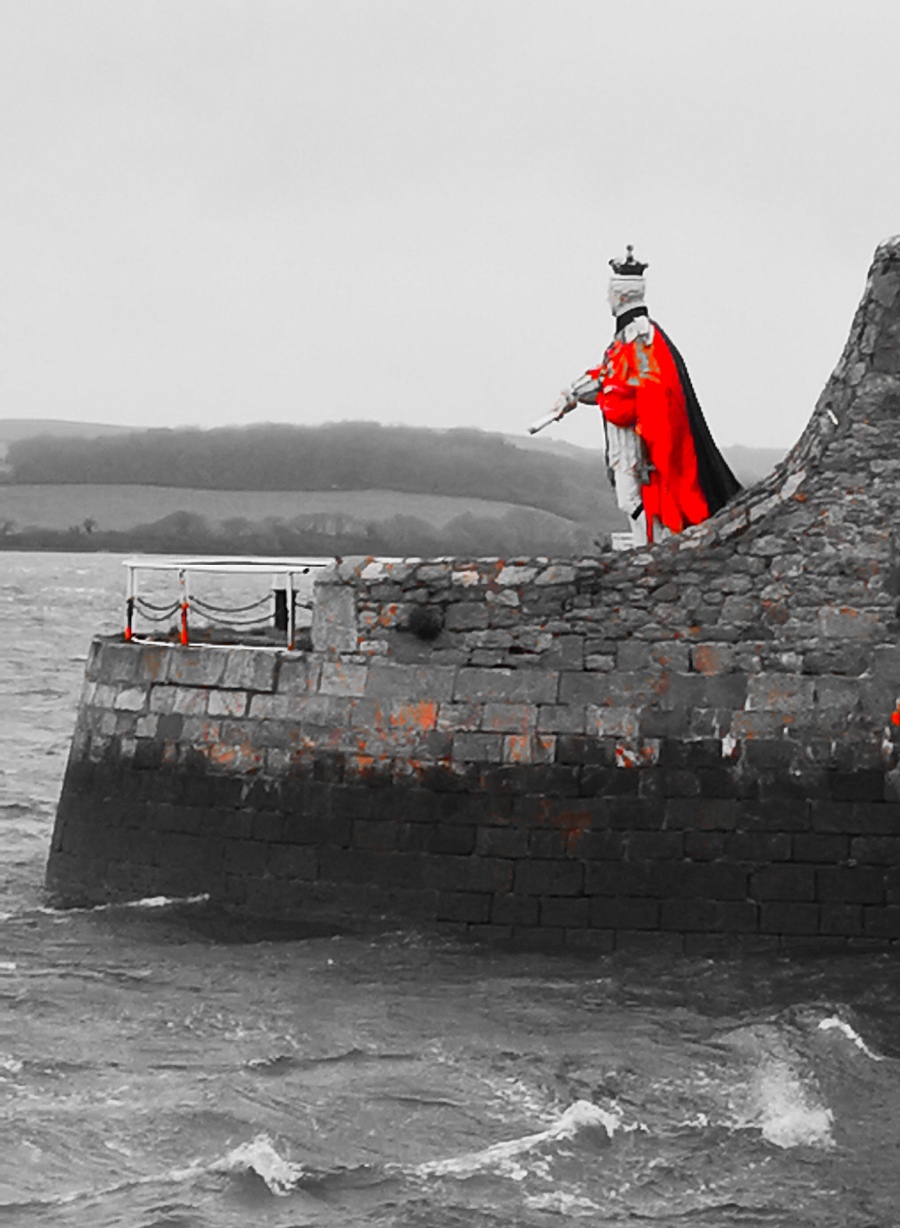 Storm Christoph shaped our 10,000 step exercise hour today. We walked from Victoria Park to Mutton Cove via the 18th Century Richmond Walk. Ordinarily this walk is a heady mix of beautiful seascapes and a mix of marine and industrial landsapes. Today the greige of a wet and foggy pre-storm made scenic pictures a pointless exercise so we concentrated on Street Art and man-made embelishments to our route. Contrariwise the first picture is of King Billy our halfway point turnaround.

The reason for the slightly odd order of pictures is the unbelievably grim, greige weather. On the return walk it was easier to see and stand still with the weather at our backs. The next three picures show a man made structure being taken over by the sea and nature and then being recontrolled but not reclaimed by humans once again.

Next a lovely palimpsest of heavy iron doors, paint, rust and graffiti caught our attention next.

Followed by a lone tag on an old wooden gate.

Then a colourful flourish to the end of our walk in the tunnel beneath the Stonehouse Bridge.

Not a greige image in sight. A modern miracle on a day like today.