A new word on a stormy day. Chrysalism.

The act of feeling tranquil while being indoors in a storm.

I feel that that could also work for feeling tranquil indoors during a pandemic.

I’m not sure lockdown at home is always quite as tranquil as a chrysalis but just like Peggy we will emerge from this state of Chrysalism altered creatures. 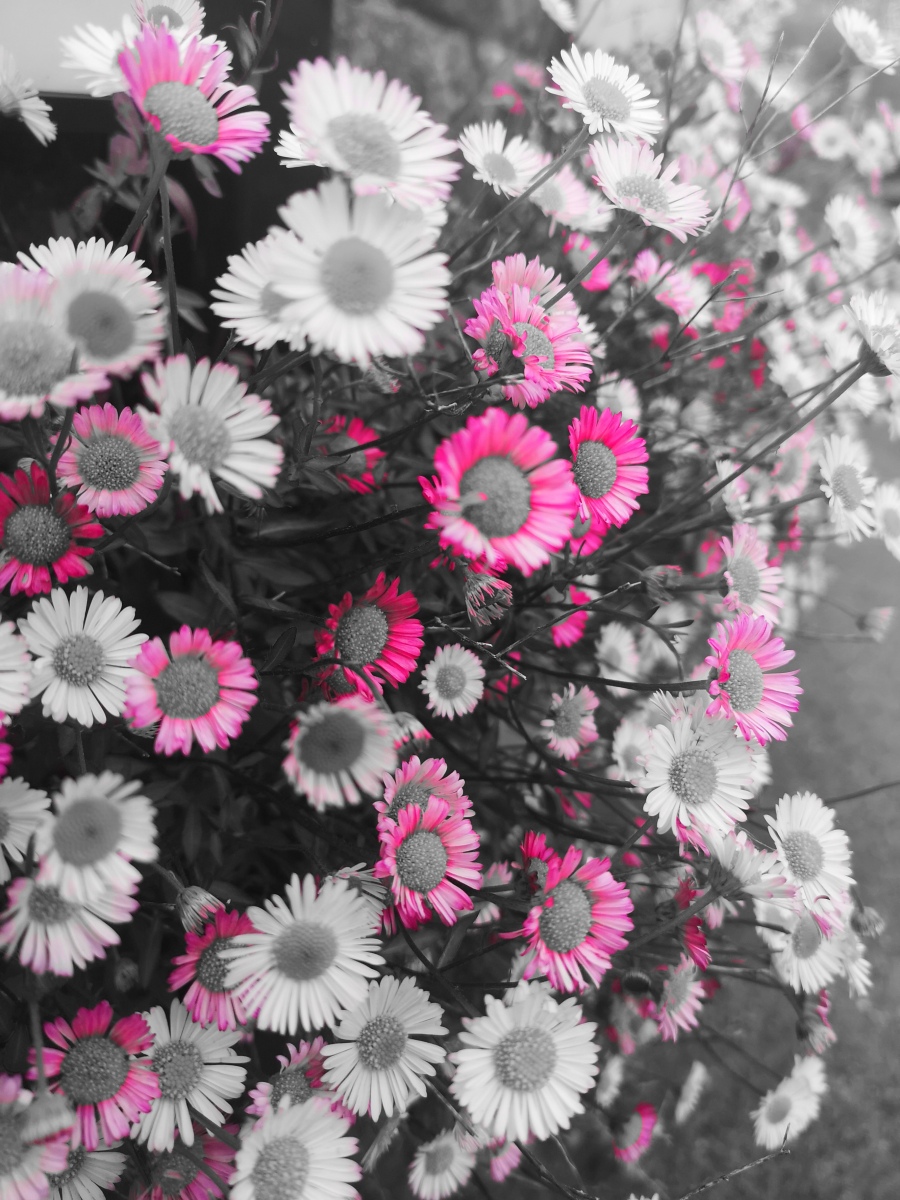 Late April and early May brings a simple pleasure to the walls around the old mortuary. It’s so simple I couldn’t really think how to weave it into a ponder. The area immediately next to our house was an old quarry which means there is an abundance of walls around us, presumably built with rocks from the quarry. 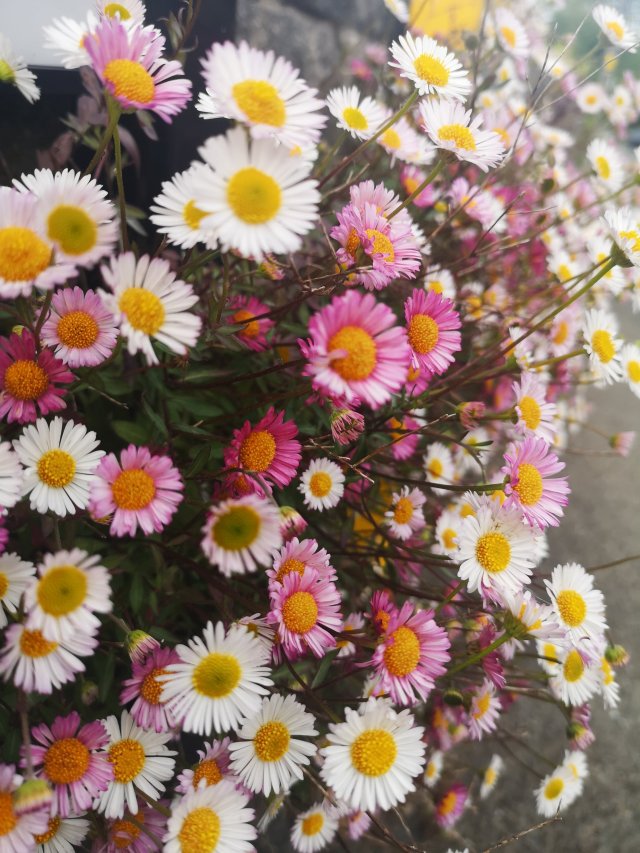 Daisies, however implausible it may seem, just stick themselves to the rock and grow. Early in the season they are lush and beautiful, later on the they get scraggy and ugly. Not Surprising really.

I took these photos yesterday with the idea of a future blog but overnight Cornwall has been hit by a fierce storm.

Given their precarious existence serendipity may have made me photograph them on their last day of lushness. 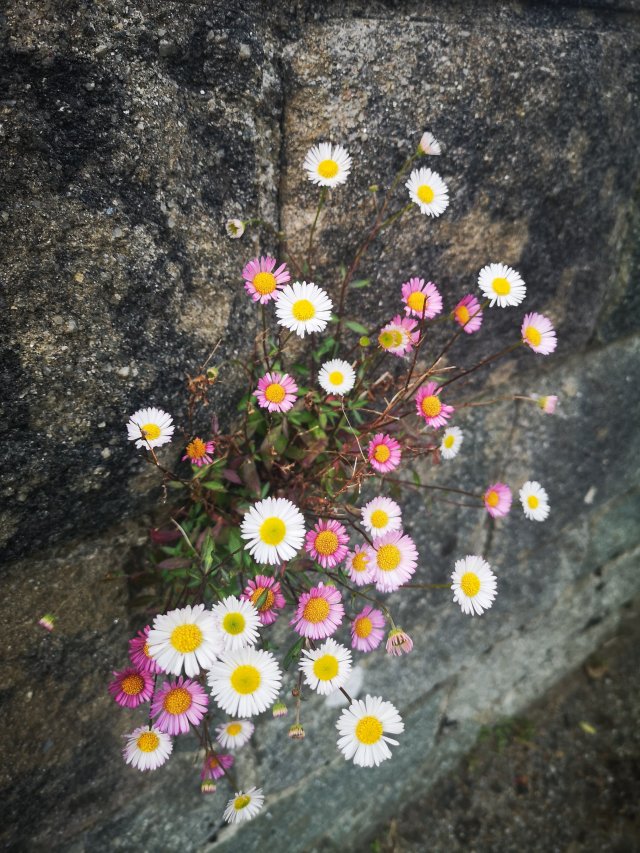 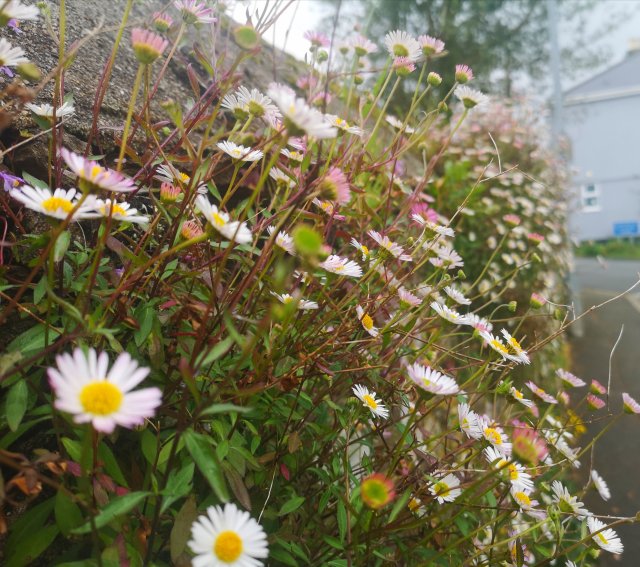