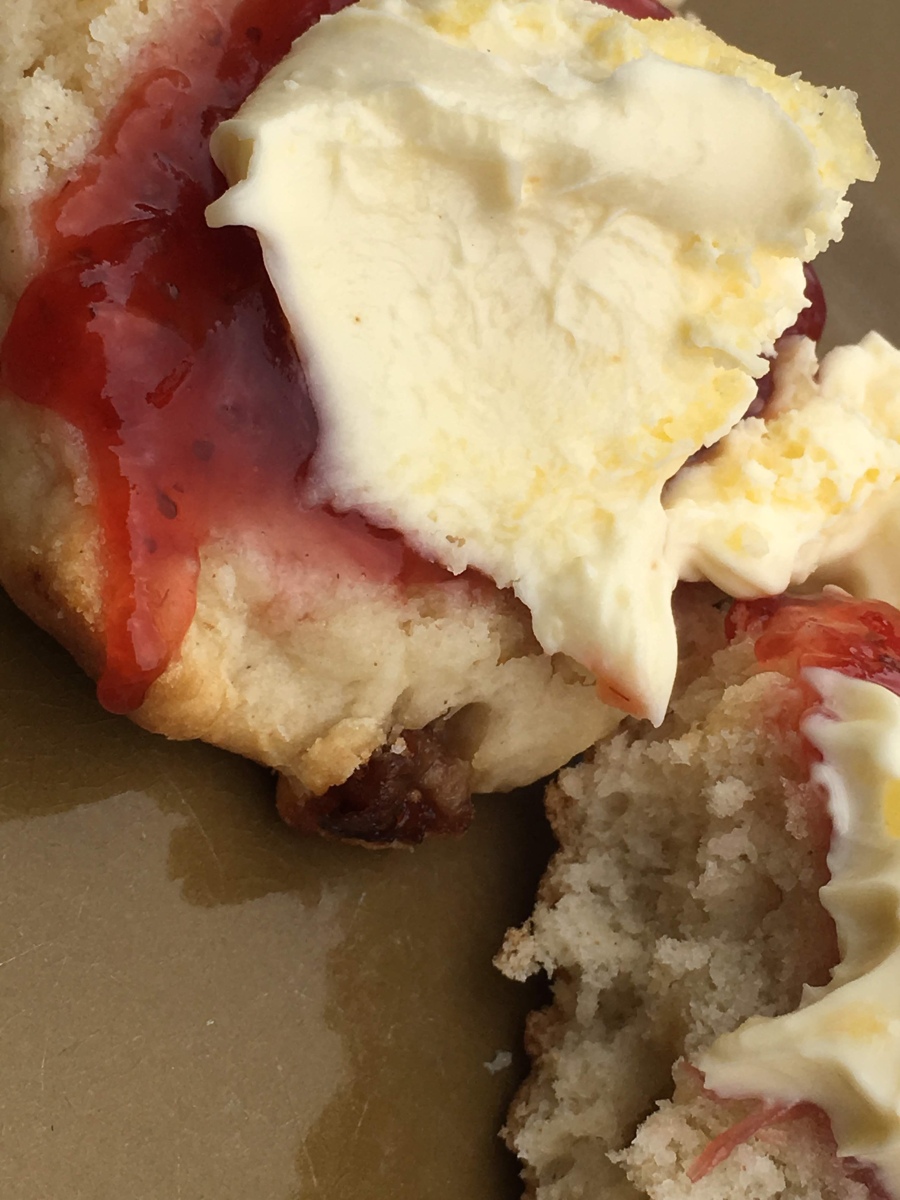 Yesterday’s Quickie#5 was a scone. A controversial food item, in particular in the borderlands of the Tamar Valley but also worldwide. Quickie#5 was a cheese scone for simplicity

Lively conversation occurs at theoldmortuary over baked goods as we are a mixed heritage household. One Hongkonger with Devon/Cornish genes, one Essex woman and two dogs from Bedford. Growing up in Essex I loved being bought a Devon Slice. A soft mound of sweet dough, glazed and split across the top and filled with fresh cream and jam. When I moved to the Tamar Valley I fully assumed I would reacquaint myself with the Devon Slice. I can’t say I was hugely diligent in searching them out but occasional enquiries were met with puzzled looks in the bakeries I visited. I have a vague idea I bought something similar, in the eighties, at Jacka Bakery on the Barbican in Plymouth, but it wasn’t called a Devon slice. As they are the countries oldest working bakery and must know their dough products I must assume a Devon Slice was an Essex or maybe even more locally a Braintree invention or,worse,a family made- up name.

Our much missed family baker, Jenny, part of the Cornish heritage had never heard of a Devon slice fitting my description.

This opening paragraph illustrates that there isn’t much of my bakery knowledge that is factually correct, and so with my lack of accurate knowledge laid bare I will make a small personal statement about the Scone/ Jam/Cream debate. 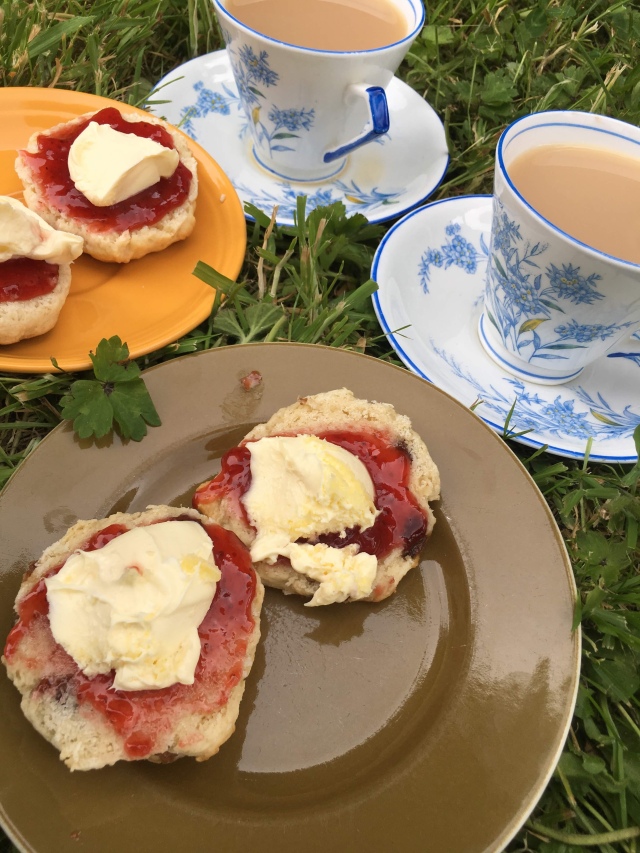 In my early Essex life amongst family we split a scone, spread the cut surfaces with thick cream and topped it with jam. We were all happy with this, I continued to be happy with it for 30 years until I moved to the Tamar Valley. My life since then has straddled the Tamar Valley, living in Cornwall and working either in Devon, or more recklessly and wildly, ‘ Up the line’ *

* Up the Line’ in Cornwall means anywhere beyond of where you are within Cornwall and to the East. It could mean Plymouth, London or, in reality, anywhere in the rest of the World.

Personally despite living in Cornwall I persist in my ‘Essex’ ways left to my own devices. In company I can go either way to be honest. I actually don’t have a huge preference. To say the spreading order of jam and cream or cream and jam is contentious is in itself contentious. Not having an opinion is entirely possible but will always expose the undecided individual to unlooked for advice in any group of people.I am hugely fascinated by other people’s views . Does Aberdeen side with Devon , cream first, or does it follow a Celtic lead and side with Cornwall, jam first? Where does Birmingham stand?

Essex I believe stands with Devon, but maybe that’s just my own leafy corner of North East Essex. Who knows?