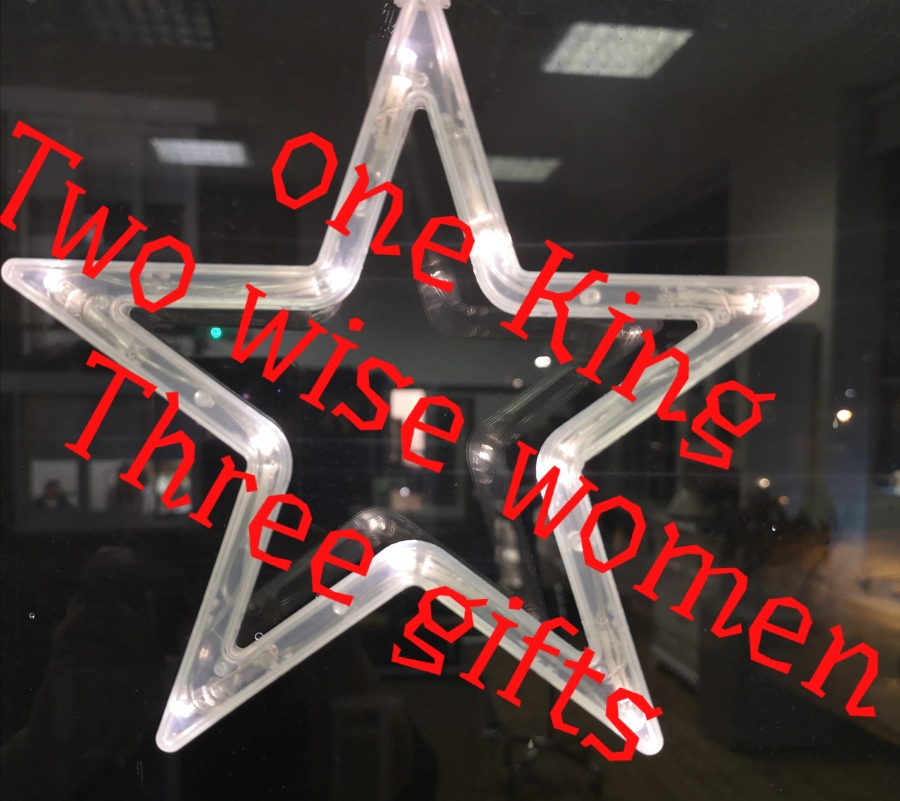 I have a very dear friend who wears the cloak of eccentricity throughout life. In the summer it’s gauzy, flimsy and scuds gently behind her like a cloud. In winter, it’s a different thing, cumbersome and dank, it holds her back and can be overwhelming. Over the years, we have developed little strategies to lighten its load.

The Christmas shopping adventure is one such thing. It involves shopping not exactly locally but within the confines of Cornwall. There are rules… We only buy from businesses that are on farms or that started on farms.

As individuals, we navigate on completely different systems, hers is innate, puzzling and mostly effective. She leans forward on the steering wheel her nose twitching like a wise matriarchal badger, sensing the direction we should travel. Mine is Google based but impaired by too much talking and the erratic nature of mapping in Cornwall. What could possibly go wrong?

Spoiler Alert- There was a lot of rain.

Cheese first up. Google gets us to within a mile and then the badger takes over, ignoring me completely she takes a road. “This road doesn’t even bloody exist” I protest. We press on.

Blue cheese of two sorts, goat and cow are loaded into the car. Beautiful round ‘wheels’ of cheese, festively wrapped in tin foil and bundled into a carrier bag.
https://www.cornishcheese.co.uk

The next part of the journey brings the unexpected. Google aided we head off to St Eval.

Behold a King! That’s a fine festive sentence. In this case however, the last ever cornish King whose death is marked on a quiet Cornish road at the site of an ancient crossroad. The poor chap met a watery end and drowned. More than that is not explained but on this very wet day on Bodmin moor it is not inconceivable that you might drown by simply wandering off to commune with nature. I take a very wet photograph of his spot, King Donierts Stone and the information board and jump back into the car. 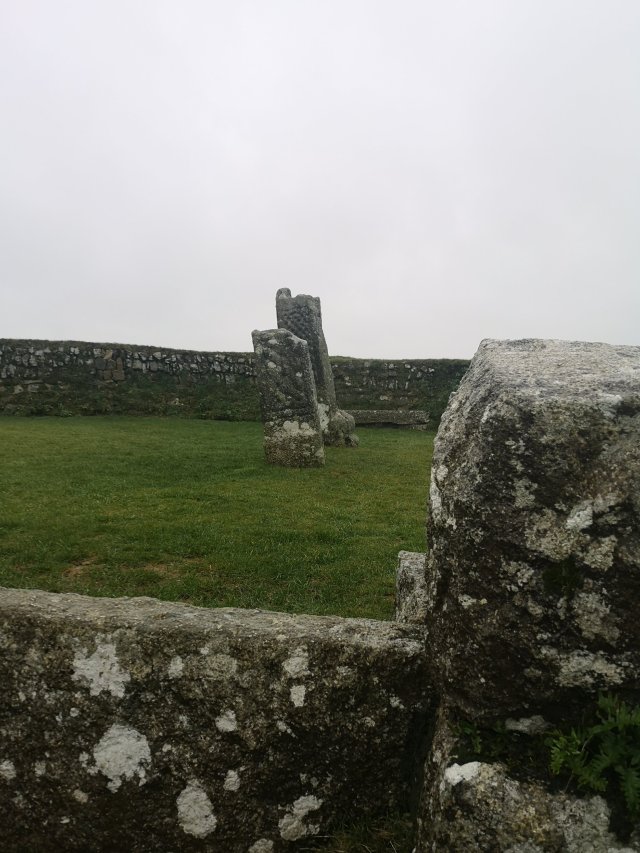 This is what we learnt…

King Dungarth (Doniert) of Cerniu ( Cornwall) drowned in the River Fowey in 875. His death is marked by these remnants of carved stone crosses on Bodmin Moor. The river Fowey runs near to this site.

Google got us to St Eval first stop Kernow Chocolate. Admittedly no longer on the family farm but that’s where it started. Chocolate Stollen and a cup of tea warmed us up for the serious business of choosing chocolate. The Stollen was moist if anyone is interested. Gifts occured.
https://www.kernowchocolate.co.uk/

Then off to St Eval Candle Company, courtesy of Google, still based on a farm. Fabulous smells and many candles, we learnt that to reset our noses we just needed to sink our noses into a pot of coffee beans. Gifts occured.

This had all been achieved a little quicker than planned. The excellent coffee and cake at Strong Adolphos called us and if we got a wiggle on we could get there before the 4pm closing time.
http://www.strongadolfos.com/

Google planned us a route that got us there with 15 minutes to spare. The badger twitched a bit at the quality of the grass running up the middle of the roads we were using , the depth of the first puddle shocked us both. Unwittingly we had entered the Bermuda Triangle of Cornwall. The next puddle was bigger and the Googler ( me) offered to test the water with my Welly depth . The water won. The next puddle was the same, no rec alibration of the wellie gauge was needed , water flooded in. It was both impassable and impossible to go in either direction. Of the three roads we could use all had deep ponds of chocolate coloured water. Strong Adolfo’s was not going to happen. The badger decided to drive back through the puddle we had safely conquered twenty minutes ago . She was right , we created an impressive wave and headed for the hills. Happy to have survived the Cornish water in better shape than King Doniert.