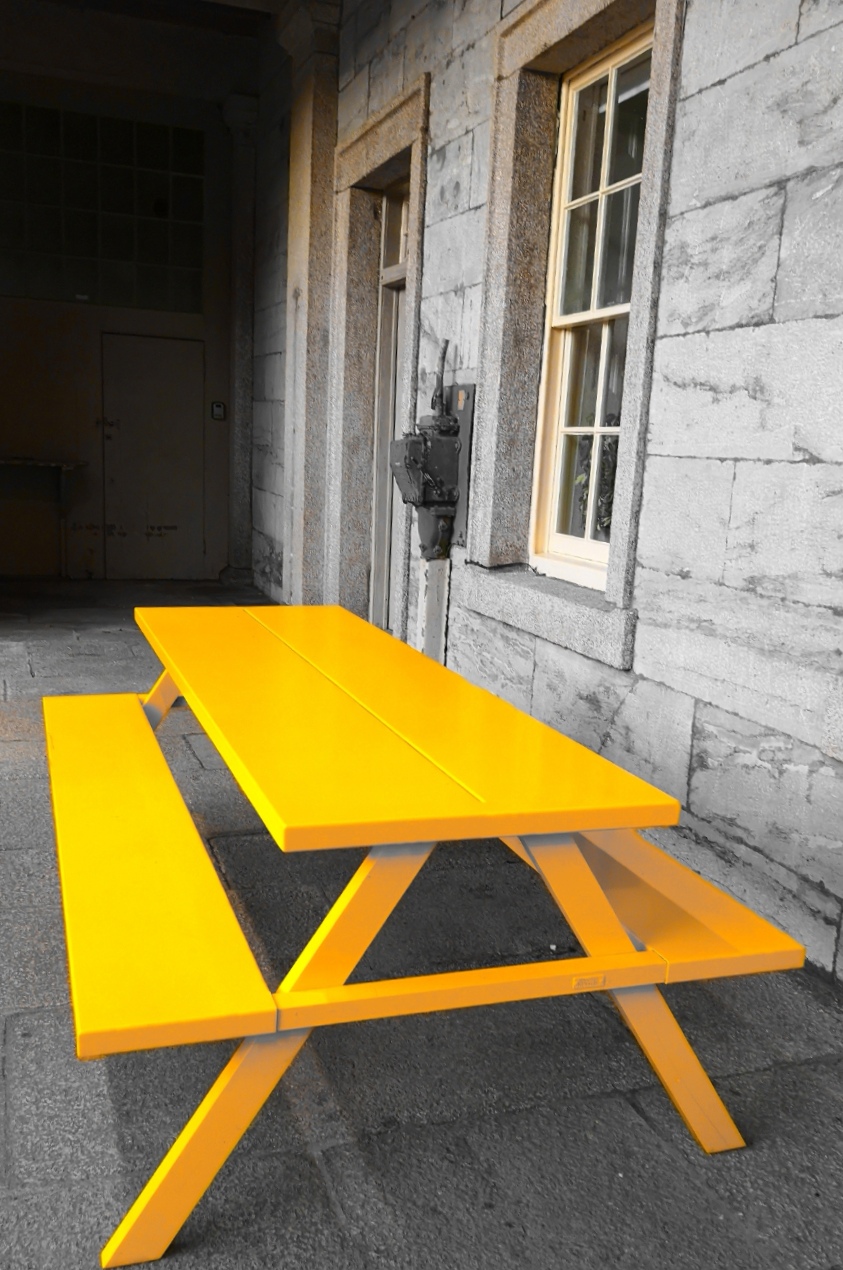 It’s complicated. As Britain packs away the Cosplay outfits for a few months, what happens next? When I took the photo of the purple, illuminated, entrance of The Royal William Yard in Plymouth I hadn’t planned to include the contemporary A-frame table but when superimposed on a shot of the dawn of a new day it looks pleasingly optimistic. The future of Britain will be resolved around tables like this one. People will sit at benches like this, cardboard coffee cups in hand and informally exchange ideas. The big decisions may well be made in grander or more formal surroundings, but tables like this are where the magic happens.

If the architecture looks familiar after 10 days of news bulletins from London, there is a reason. The same architect John Rennie, who built the Royal William Yard, was part of a partnership, with his brother J and G Rennie. They also built Waterloo Bridge, Southwark Bridge and London Bridge.

How affronted would J and G Rennie be if they had known that the, imagined, structural failure of one of their bridges was the code name for the Queen’s death?

“London Bridge has fallen down”

The bridge did not, actually, fall down and the sun rose so all is well.